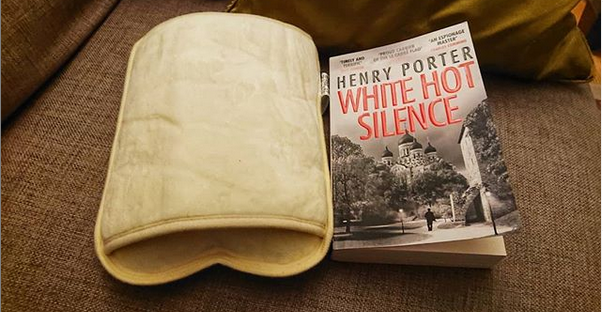 Aid worker Anastasia Christakos is driving through Calabria to visit one of the new refugee centres funded by her husband, billionaire Denis Hisami, when she slows down to greet two African migrants she recognises. Too late she realises it is an ambush.

She manages a desperate phone call to Hisami before her Mafia kidnappers drug her. Hours later she wakes up on a container ship, powering eastwards across the Mediterranean.

Anastasia has been abducted and held hostage because Hisami has explosive information that his enemies have killed for and will kill for again. But Hisami’s time as a commander with the Kurdish Peshmerga has caught up with him, and the US authorities have jailed him for possible past terrorist activities. For all his wealth, he is powerless to save his wife.

Only one man can help him. Paul Samson, former MI6 agent and a genius at tracking missing persons. He’s the obvious choice. There’s only one snag. Samson was, and probably still is, in love with Anastasia. If he manages to locate and save her, will it be for Hisami – or himself?

I really enjoyed this book. I got it for Christmas and basically sat for 8 hours and read! From what I can remember right at the minute I haven’t read any spy novels before so I had nothing to comapre this book to, but, I really enjoyed the characters and their stories.

What I really enjoyed was how there was so much backstory to all of them and how the three main characters were connected and there was tensions between all of them but they all had the same goal.

I do have to be honest and say that some parts of the story were a bit confusing at times, because of the pace and the amount of travel and amount of names that there are in the book. However, that’s not to say that it isn’t easy to catch up and realise my place.

I did enjoy that there were different countries involved with the story. Usually when I read a book it’s all based in one country but I did really like this. Also I really enjoyed that Anastasia was from Greece because I grew up in Cyprus it made it easier fot me to picture her and her accent.

View all posts by booksforall93