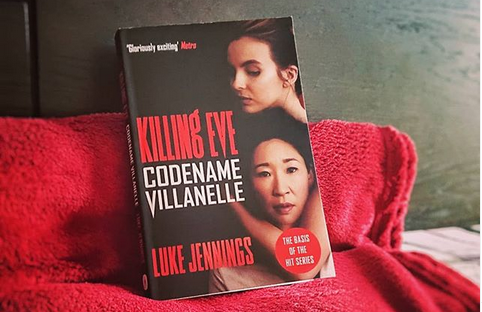 The #20booksofsummer reading challenge is hosted by Cathy@746books.

She is the perfect assassin.

A Russian orphan, saved from the death penalty for the brutal revenge she took on her gangster father’s killers.

Her paymasters call themselves The Twelve. But she knows nothing of them. Konstantin is the man who saved her, and the one she answers to.

She is Villanelle. Without conscience. Without guilt. Without weakness.

Eve Polastri is the woman who hunts her. MI5, until one error of judgment costs her everything.

Then stopping a ruthless assassin becomes more than her job. It becomes personal.

I think for the first time ever I have prefered the television adaptation of a book. I’m definitely not saying that this is a bad book! Not at all. I just feel like there was a lot more suspense and sitting on the edge of my seat wanting to find out what was going to happen while I was watching it.

The problem I found with Killing Eve Codename Villanelle is that it would literally jump 6 weeks without any interlude. It didn’t flow as nicely as I would have liked, but perhaps that is Luke Jennings writing style, to me though it felt a little rushed I would have liked it to have been a bit longer and to have had a bit more detail in it.

I also found it a bit odd that there are 217 pages but only 4 chapters.

Each chapter is split between both Eve and Villanelle which for me took some getting used to.

It’s weird to say but I really enjoyed how different the book is from the series. Because I have watch Killing Eve on BBC I thought I knew what was going to happen but I was so very wrong!

You can buy the book here.

View all posts by booksforall93